Medicaid is a crucial part of building a healthy Ohio. The health insurance program helps people get healthy, so they can work and contribute to their communities. Medicaid covers 3 million Ohioans, including 1.2 million children and around 400,000 elderly or disabled people. It covers just over half of all births in Ohio and insures about half of children under five years old. Medicaid is the most powerful tool the state has to stem the drug epidemic, funding $1.1 billion in mental health and addiction services in 2018.

Medicaid is paid for by a partnership between the federal government and the state. The federal government covers 68 percent of Ohio’s Medicaid costs. Federal Medicaid dollars – projected to comprise more than $19 billion of the $28 billion program in 2020 – are essential to the state’s health system and economy. 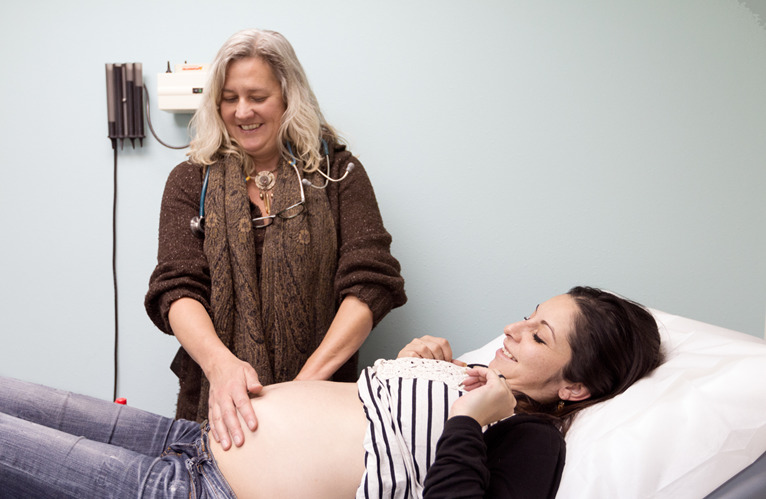 Ohio has many urgent health problems that need to be addressed. The death rate from the drug epidemic remained the nation’s second highest in 2018. The infant mortality rate is also among the highest, and there is only one other state where a higher share of black babies don’t make it to their first birthday. Too many Ohio children are poisoned by lead. The population is aging, driving increased health care needs and costs. The home health and mental health workforces are eroding, in part because of meager Medicaid reimbursement levels set by the state

CHALLENGES IN THE MEDICAID BUDGET FOR 2020-21

Legislators keep a tight rein on Medicaid spending through the Joint Medicaid Oversight Committee (JMOC), which caps growth in Medicaid spending. The caps make the budget for 2020-21 challenging. Further, the share of federal matching funds for the Children’s Health Insurance Program, which covers children from low income families, drops from 97 percent to 74 percent by the end of the 2020-21 biennium. The matching rate for Medicaid expansion, which insures low-income working-age adults, drops from 93 percent to 90 percent.

The governor’s budget increases investment in some areas while staying within the tight JMOC spending caps. It’s a tight squeeze, but not because of outsized growth of state taxpayer dollars used for Medicaid services. In fact, the state share of Medicaid dollars in the General Revenue Fund (GRF) will grow by a projected 6.5 percent over inflation between 2008 and 2021, less than 1 percent a year. In 2014, Ohio expanded Medicaid to cover working adults earning low wages as part of the Affordable Care Act. As a result between 2008 and 2021, federal Medicaid dollars in the GRF grew by 49 percent after inflation. 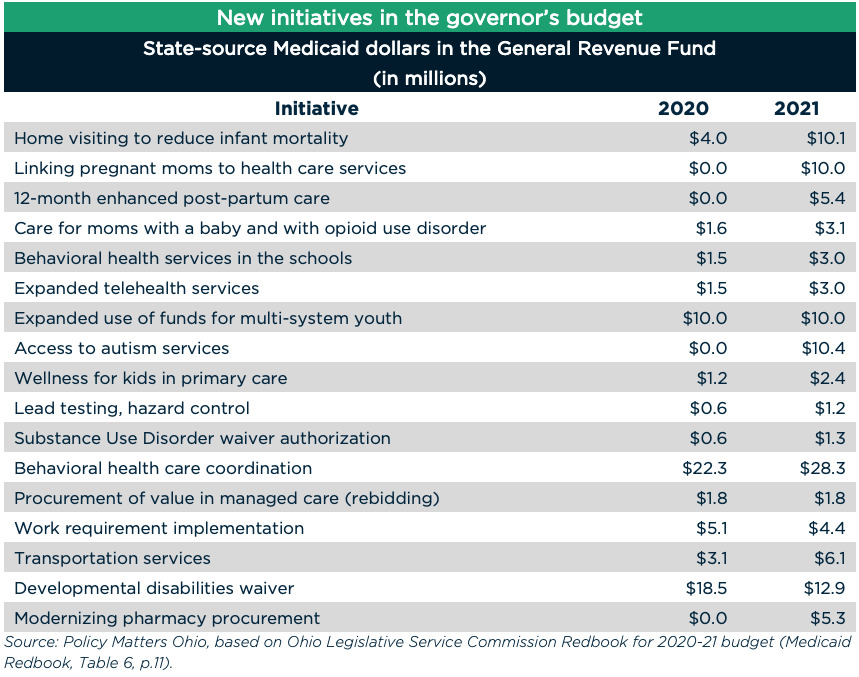 Pressing needs, reduced federal funding and tight spending caps in the Medicaid budget means some things will not be funded, but the governor’s budget protects some of the most important programs. For example, the Children’s Health Insurance Program, is fully funded: This program is critically important to rural families and health systems serving rural communities. The Medicaid budget also preserves funding for the Medicaid expansion, which serves hundreds of thousands of low-income Ohioans of working age. To offset the cost of new initiatives, the budget raises hospital fees and reduces other costs, including the annual increase mandated for Medicaid funding of nursing homes. The tight caps on spending force legislators to make difficult choices between important programs.