$12.7 billion: An arbitrary (and probably unenforceable) spending limit could keep Ohio lawmakers from investing what we need to build a stronger state. Passed in 2006, the State Appropriation Limit (SAL) allows investment to increase only so much over previous state budgets. Altogether, the SAL for the 2020-2021 budget period is $12.7 billion below what it would have been had it been set according to a modest 3.5% annual increase. The SAL has locked Ohio into limiting spending based on recessionary conditions following the Great Recession of 2008. We may bump up against it in the next state budget. Its arbitrary formula would mean we can’t spend what we need to on our schools, our parks, people struggling with addiction and our transportation system. That’s why Zach Schiller and Wendy Patton say we need to scrap the cap.

16,000: Eleven years later, Ohio needs to add more than 16,000 more jobs to get back to pre-recession employment level and keep pace with population growth. According to Hannah Halbert, we made some progress last month by adding 6,200 jobs, but Ohio’s 12-month growth rate is still just .7% compared to the 1.7% national average.

1%: Recent reforms to the state Earned Income Tax Credit will extend it to just about 1 percent more of Ohio’s working poor who qualify. Kalitha Williams says we can make Ohio’s EITC work for more working people by making it refundable – like most other states that have a similar credit. Refundability matters because it helps struggling families pay their bills, fix their cars and buy groceries. Children in families who receive a refundable credit are healthier and do better in school. On tax day, Kalitha and other allies called for lawmakers to make the most of the state EITC by making it refundable. 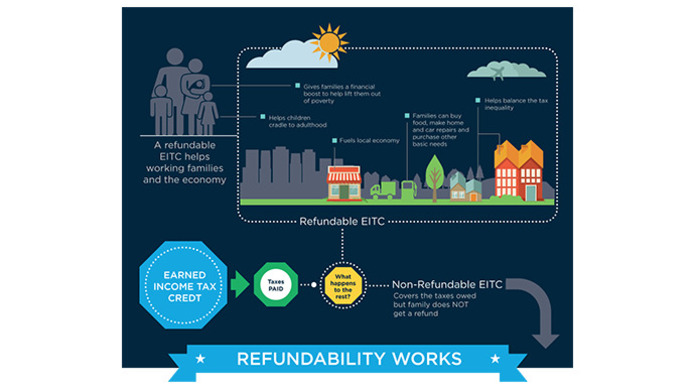 $2.6 billion: At Policy Matters we are proud to pay our taxes because we like clean water, good schools, libraries, parks and a bunch of other great public services. We think the wealthy and corporations, who are doing better than ever thanks to the great programs we all support, should pay their fair share. If Ohio lawmakers took our advice and reformed our tax code, we’d have an additional $2.6 billion a year to make our state stronger. 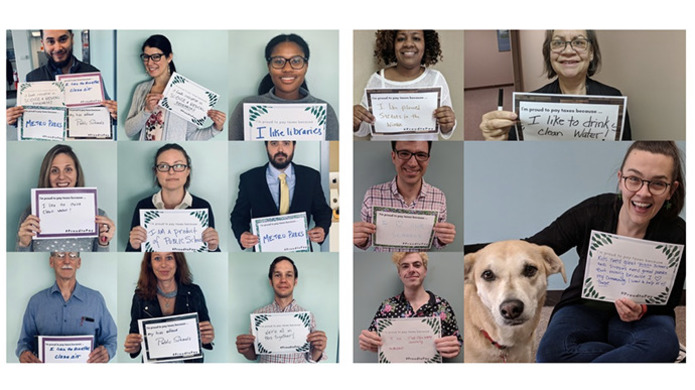 1:932,367: That’s the ratio of wage and hour investigators to jobs, according to a Budget Bite by Hannah. As a result of funding cuts and neglect, the Ohio Bureau of Wage and Hour Administration has only six staff to oversee the state’s nearly 5.5 million jobs. That’s like having one police officer for the entire city of Columbus. That’s why Michael Shields says cities should take matters into their own hands. Cincinnati passed a wage theft ordinance that empowers the city to claw back tax incentives given to companies that commit wage violations. Other cities should follow its lead. 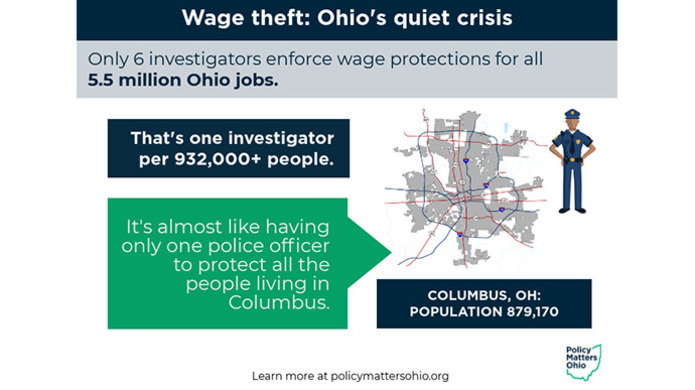 75 cents: That’s how much Ohio spends per resident each year on protecting our civil rights. As dismal as that seems, intern Zane Steiber found that other states -- for which he could find data -- provide even less funding, an average of 67 cents per person per year. 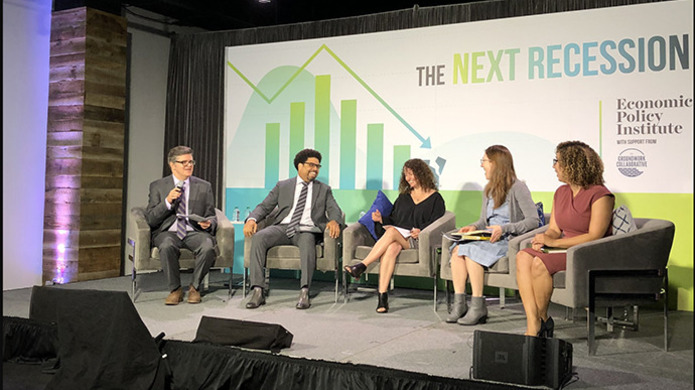 11: It’s been 11 years since the Great Recession and most experts say we’re due for another. This week Amy Hanauer joined the Economic Policy Institute in Washington, D.C. to talk about how best to respond to the next recession. You can watch her remarks here.

May 3rd: Two Policy Matters staff will be featured at Tri-C’s Diversity and Equity Symposium. Amanda Woodrum will join a panel to discuss her paper, “Building a healthy Ohio,” and Daniel Ortiz will moderate. The day-long event begins at 8:30 a.m. and includes lunch. Be sure to sign up!

May 20th: The date when Victoria Jackson will appear on a panel discussing college affordability at a City Club panel in Warren. Don’t miss it.

Twice in one week: That’s how often Wendy appeared on TV to talk about silly tax breaks that eat away at Ohio’s budget. If you missed her Monday on the Sound of Ideas, catch her on the State of Ohio tomorrow.