Resisting in the New Year: News from Policy Matters

Resisting in the New Year: News from Policy Matters

Goodbye 2017: Happy New Year from Policy Matters! Between policy fights, we made time to celebrate (see photo). We ended the year pushing back against the disastrous GOP tax bill. We didn’t prevail but we’re on the record showing how the plan will drain funding for Ohio schools and hurt families across the state. In 2018, join us in fighting back against proposals to cut vital programs that help Americans get ahead – like Medicaid, food aid, student loans, health care for kids and more. 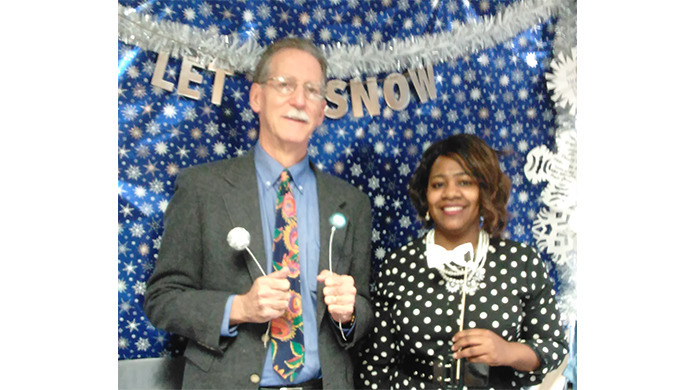 Raise the wage: Ohio’s lowest-paid workers got a much-needed bump at the start of the year with the state minimum wage rising 15 cents from $8.15 per hour to $8.30. It’s an improvement, but still not nearly enough for workers to get by. Mike Shields says that if we really want to help workers, Ohio should raise the minimum wage to $15 an hour by 2025.

Rich company, hungry workers: Amazon has quickly grown to be one of Ohio’s largest employers. It has also become one of the largest employers of workers who need federal food aid to make ends meet. Zach Schiller wonders why a company that is doing so well and receives so much state and local aid gives workers so few hours or so little pay that they can’t afford food without other help.

A boost for transit: Ohio will receive $75 million from the massive settlement with carmaker Volkswagen for falsifying emissions tests. Transit agencies are in line to receive 20 percent – or $15 million. Katie Fallon writes that’s badly needed after losses in the 2018-2019 state budget and years of neglect.

Stemming sprawl: Ohio policy favors development in exurban greenfields over reinvestment in aging cities. In a guest blog, Cleveland State University professor Tom Bier argues that this disparity is not only unconstitutional, it also weakens the entire state and pits communities against each other.

Dreaming big: Immigrants have made Ohio a stronger, more vibrant place, even if we have fewer newcomers than some other parts of the country. Time is running out for Congress to pass the Dream Act which would extend protections for undocumented immigrants brought to the United States as children. Daniel Ortiz shows what’s at stake if Congress fails to act.

Drowning in debt: Over a million Ohioans have student loan debt totaling more than $57 billion. What’s worse is they have to traverse the state’s predatory lending and repayment climate. Victoria Jackson documents the difficulties faced by Ohio student borrowers in dealing with unscrupulous debt collectors and loan servicers.

Job Opportunity: The United Church of Christ just posted an opening for its full-time Economic Justice Minister position. It is a Cleveland-based job with a national scope. Applicants do not have to be UCC members. Learn more.